Anne and Jamie both had fall programs this year! I was so excited to hear that Anne was going to have a "play". Since they didn't do anything like this in Kindergarten I assumed that was it. But she had a play! The same day as Jamie's so it was great to get to go to 2 kiddos plays in one day! Anne's class did a Thanksgiving poem with the alphabet. Anne was letter P. 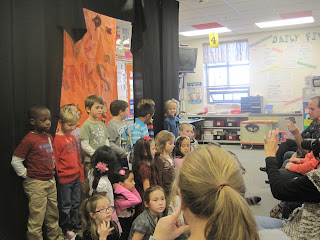 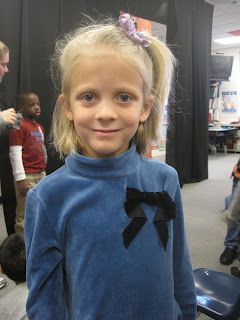 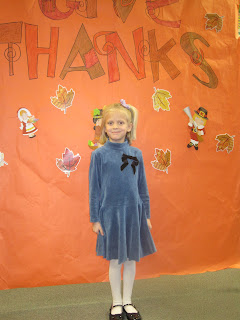 Jamie's program was his class and another class singing songs.  John thought for sure that Jamie would be Mr. Personality on stage but I had a feeling he'd choke.  Mama was right.  Not only did he choke he was one of the only kids that didn't sing at all!  We even talked about singing loudly but nope.  Oh well-there's always the spring program!  As a side note, his program had a wide range of kids-there was the screaming singer, the non singers, the crier, the kid that did nothing but call her mom's name the entire time and wave.  Sometimes you get two or even three of these kids, but we had all of them at once.  It was quite amusing! 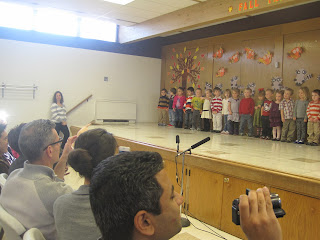 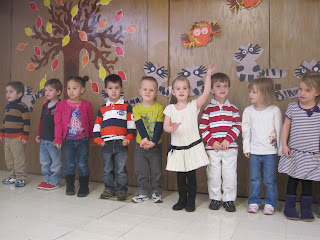 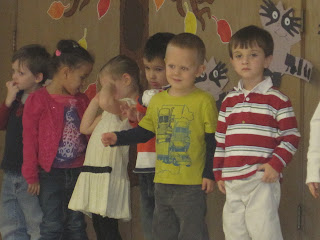 Posted by Atwood-Family of FIVE at 8:46 AM